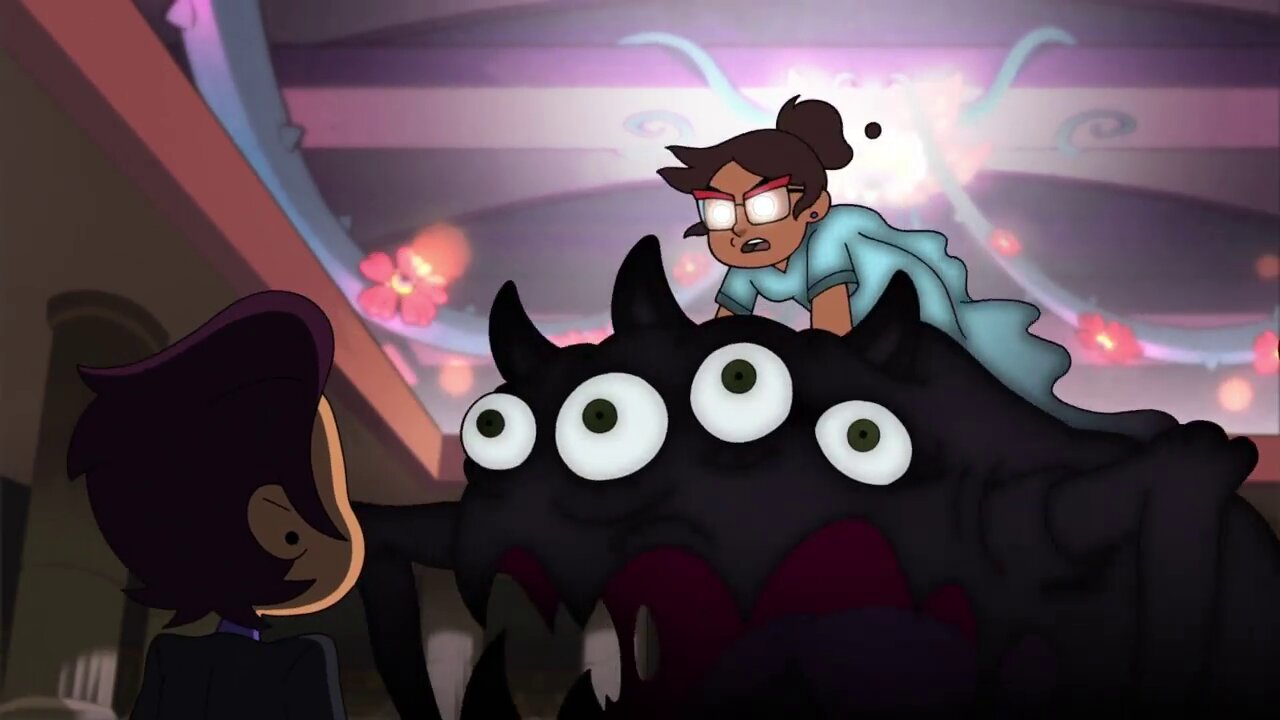 The Owl House is a fantasy horror-comedy created by Dana Terrace, who has worked on shows like Duck Tales and Gravity Falls. The show is aimed at younger teenage audiences but is suitable for all ages. The lighthearted comedy does not undermine the more mature and emotional aspects of the show.

The characters are the vehicle through which we traverse the uncanny world of the ‘Demon Realm.’ The protagonist, Luz, escapes conformity and boredom through luck and curiosity. She is led by Owlbert to a world of monsters and magic. Luz is accompanied by a witch named Eda, who acts as her mentor, and a small warrior demon named King, who is her close friend. Luz struggled with being an outsider in the human world, feeling alienated from her peers due to her eccentricities and her lack of social skills. The Demon Realm allows her to express her authentic self, ironically feeling normalcy in the abnormal world.

It’s the dream of those who feel isolated and worthless in mundane life to escape a fantastical world where they are recognized as someone important. That’s why Luz is so eager to explore this new realm and go on a journey at the request of an old wizard. In this new world, the people close to her are supportive, unlike her biological mother; I say “biological” for, though she may have fulfilled her daughter’s physical needs, Luz’s mother did a poor job of supporting Luz emotionally.

In the episode “Enchanting Grom Fright,” we learn the full extent of Luz’s mistreatment. The ‘Grom,’ short for Grometheus the Fear Bringer, is a monster that turns into a person’s worst fears. For Luz, that was her mother. Not only did Luz have to confront a shapeshifting beast, she had to confront the reality that her mother’s mistreatment moulded her as a person.

A sense of Mystery is what gives magic its wonder, and The Owl House is steeped in mystery. There is much for our characters to discover, such as King’s lineage to the origins of magic. This sense of mystery and the countless plot points yet to be finished keep The Owl House an entertaining show leading into its second and future seasons.