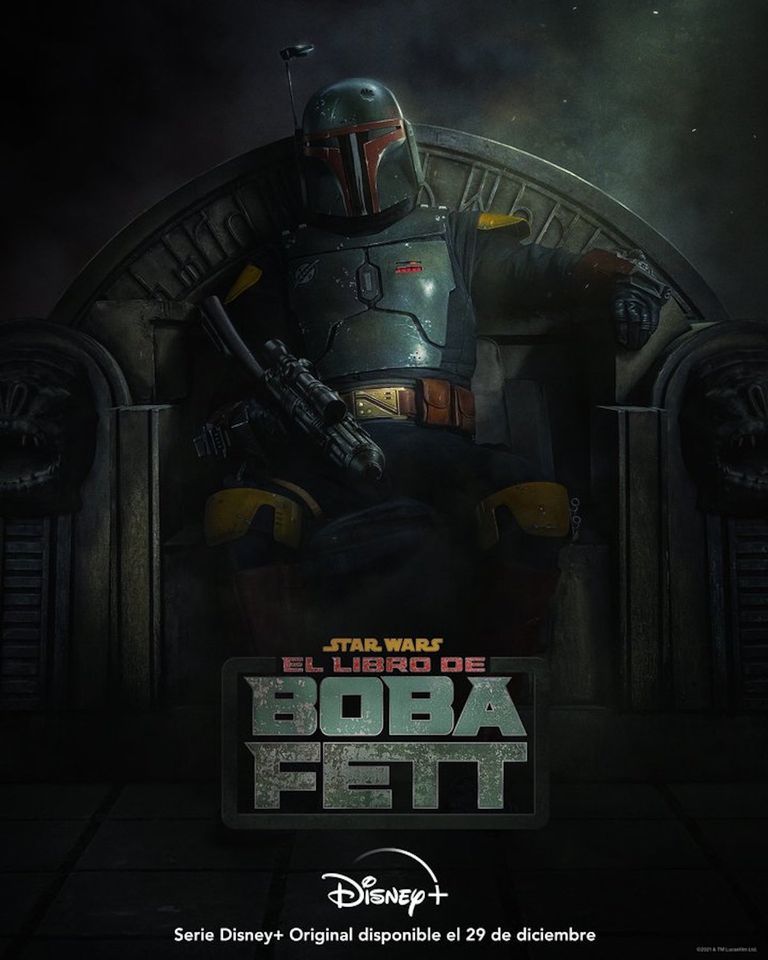 Jango runs into some trouble on the desert planet of Geonosis and lost his head at the hands of Jedi Master Mace Windu. Boba then became a bounty hunter, following in the footsteps of his father. During the Clone Wars, Boba attempts to get revenge on Mace Windu for killing Jango, but his efforts were fruitless, resulting in his imprisonment in Coruscant. After he gets out, he creates a crime syndicate based out of Tatooine.

Over the next 20 years, Boba becomes one of the most feared bounty hunters in the galaxy, famous for his habit of disintegrating his targets. Boba takes over Jango’s ship, the Slave I. During this time, Boba also repaints Jango’s armour, creating the iconic green beskar armour we know today. During the events of The Empire Strikes Back, Boba takes a job to catch the famous pilot, Han Solo, and deliver him to Jabba. Solo is captured at Cloud City and is delivered to Jabba. After Leia Organa, Chewbacca, and Luke Skywalker attempt to rescue Solo, and fail, Jabba orders them to be killed by the Sarlacc at the Pit of Carkoon. The Sarlacc is a fearsome creature which swallows its enemies whole.

This goes horribly wrong for Jabba who is choked to death by Organa. Boba is knocked into the Sarlacc, and Organa, Solo, Chewbacca, and Skywalker escape. Boba eventually escapes from the Sarlacc pit by using his jetpack. Then, six years later, he comes to meet Din Djarin to retrieve his armour, which had been given to Djarin after Fett’s supposed death. After being given his armour and aiding Djarin in his adventure, Boba usurps Bib Fortuna and takes Jabba the Hutt’s throne.

We should also talk about Fennec Shand. Shand is another bounty hunter but is not as legendary nor as feared as Boba Fett. She comes onto the scene at the same time as Boba, taking many bounties and gaining the respect of other hunters. She then squares off against the inexperienced hunter Toro Calican. She easily dispatches him, but Djarin comes to his rescue, and in the process shoots Shand, leaving her for dead. Boba finds Shand and saves her life. She then agrees to be his partner, in gratitude for being her saviour.

And that is where we have left off. The build-up of the story leading up to The Book of Boba Fett is what makes the show so highly anticipated. The major plot twists and turns, all the interesting plot points that happened to these characters, and discovering more about the Star Wars universe has me incredibly excited for the future of Star Wars, starting with The Book of Boba Fett in just one week’s time.