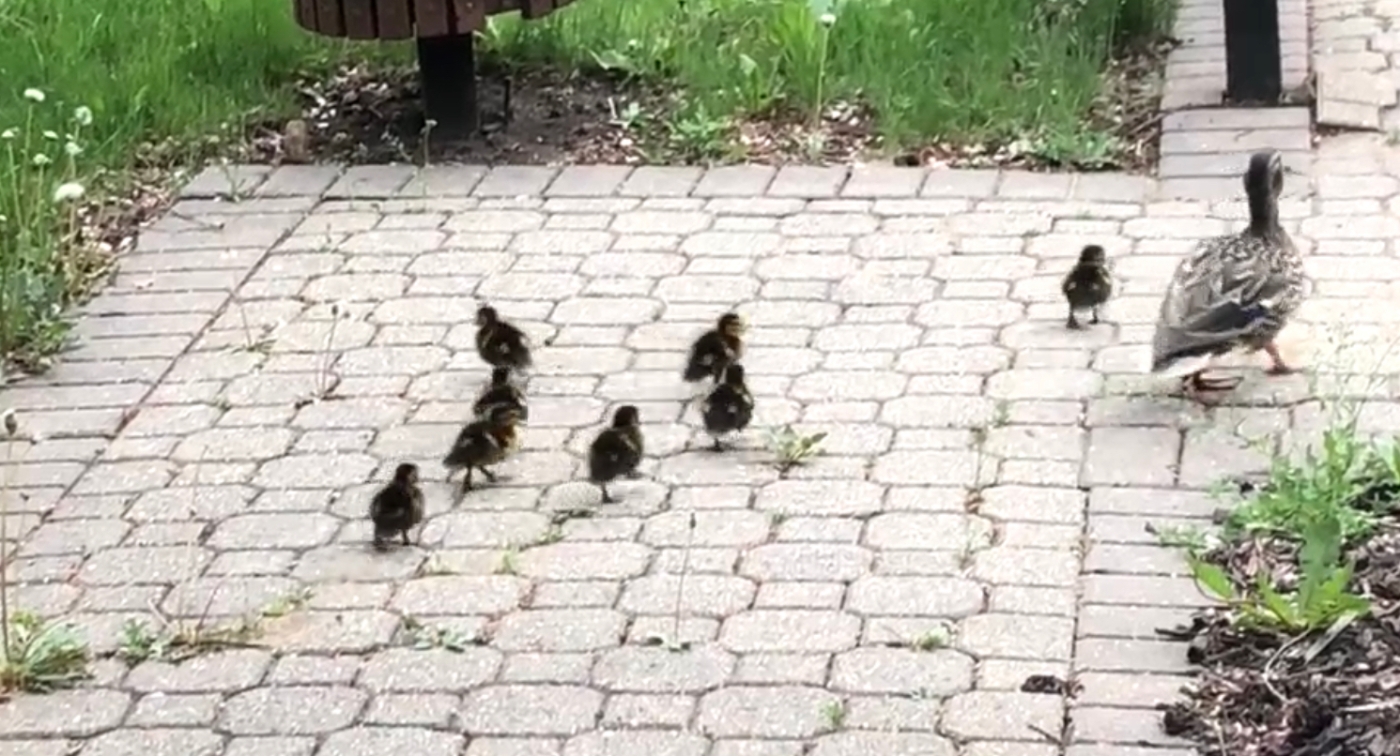 There has been a rumour in the hallways of St. Paul’s, about nothing other than: ducks! You may have wondered why the “Quad”, the beautiful outdoor green space in the center of the school for students to relax and socialize, has been shut down, even though the weather outside is magnificent. Well, it is because a mallard duck has laid eight of her eggs in the corner of the Quad. Because of them, the Quad has been shut down for well over a month. I do not blame the mallard for choosing the Quad to lay her ducks—it is truly a peaceful place.

The mallard duck is a bird which is protected under the Migratory Birds Convention Act of 1994. Section 5.1 of this Act states, “No person shall deposit a such a substance that is harmful to migratory birds, or permit such as substance to be deposited, in waters or an area frequented by migratory birds or in a place from which the substance may enter such waters or such an area.” Further, under this law harming the bird, or its eggs, may have serious consequences. According to Section 13.2 “Every individual who commits an offence under subsection (1) is liable, on conviction on indictment, (i) for a first offence, to a fine of not less than 15,000 CAD and not more than 1,000,000 CAD or to imprisonment for a term of not more than three years, or to both.” Those clearly are serious consequences that no one would like to face. To comply with this law and to protect the Canadian migrating species, it was required that the school administration shut down the Quad.

It was also essential that the Quad be shut down for the safety of the students. Ducks are an extremely protective species, and while the father duck, who usually tends to be the more protective figure in the family, is not present, the mother is still there, and once a female duck lays its eggs, it also becomes extremely protective. If a potential predator approaches, there is a high chance that the mother duck may go ahead and bite the predator. Further, if a duck becomes familiar with a figure, there is also an increased chance that the duck will bite you. A duck bite may result in a painful bruise or a wound that may require medical attention, so while the shutting down of the Quad is not ideal, it was necessary to ensure the safety of the students.

While this is the first time that there has been duck eggs laid in the school Quad, it probably isn’t the last. Ducks are known to nest in the same place annualy, so there is a chance that the duck which was nesting in the Quad may return next year. With the eggs now hatched, the Wildlife Rehabilitation Office has been contacted. They safely transported the mother duck, as well as her ducklings, to a location with easy access to water. Regardless, I can’t wait to see the adorable ducklings (and to enter the Quad again)!